What’s the first thing which comes to your mind when you think of jerky. It may refer to a dry stick of chewy, super processed, reddish convenience store meat. In recent years, jerky has experienced a health makeover with various new artisan brands. Many recipes to try from home, and a new way of providing meat-free options. This directs us to see the best vegan jerky brands present around us.

Vegan jerky refers to the healthy on-the-go snack when consuming a more plant-forward diet and not consuming processed meat. It’s a good way for you to fuel up as you go for a walk, hike, or even work out. The most exciting thing is that these healthy vegan jerky snacks also contain flavors. 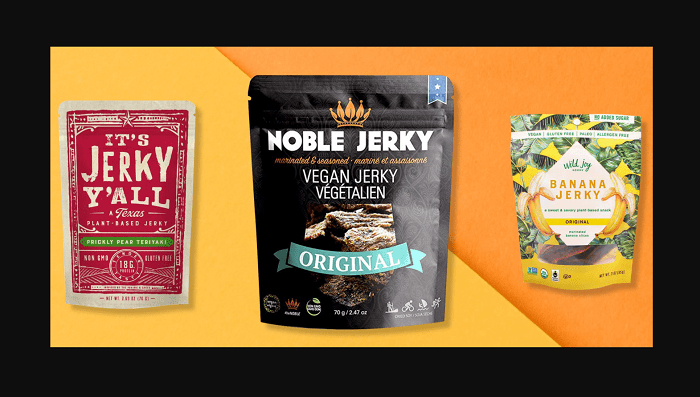 Ways to choose a Healthy and Tasty Vegan Jerky

Experiments with ingredients – The best way to choose a healthy jerky is to experiment with ingredients. It can be made from fungi, fruit, or maybe plant-based. Certain elements are better for particular nutritional needs. While opting for a high-protein snack, one should look for jerky made from soy or seitan.

Consider flavor and texture–Vegan jerkies are great with multiple options, and the flavors are also very intimidating. Typically, the mushroom jerkies have more of a taste of the chewiness of meat jerky, while fruit-based jerkies include a flavor with a less-similar texture. 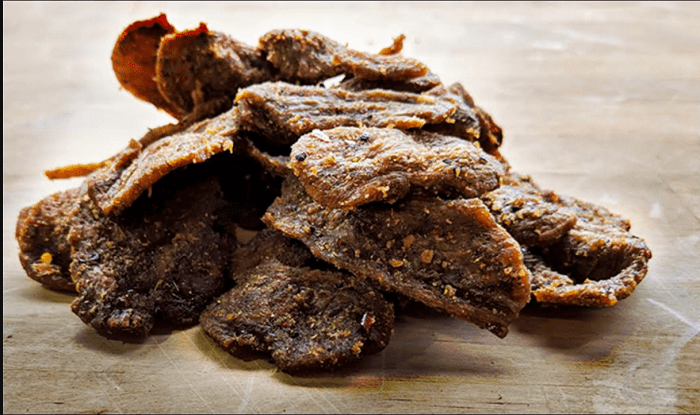 Keep your activity in mind–It would be best to keep in mind that you are taking your vegan jerky for a road trip or counting it as fuel during a long hike or for a walk. The nutritional information on every package guides you very well which jerky you should choose and which jerky works very well with you.

When it comes to finding the appropriate Jerky for you. You must go for the best vegan jerky brands and enjoy the wholesome taste.

If you look for an amazingly sweet and tangy jerky, then Louisville Vegan Jerky’s most popular and highly in-demand flavor is Smokey Carolina BBQ. This brand set skyrocketing trends in 2012 when it was launched, and today this brand is still manufacturing in small quantities by hand and with many locally sourced ingredients. 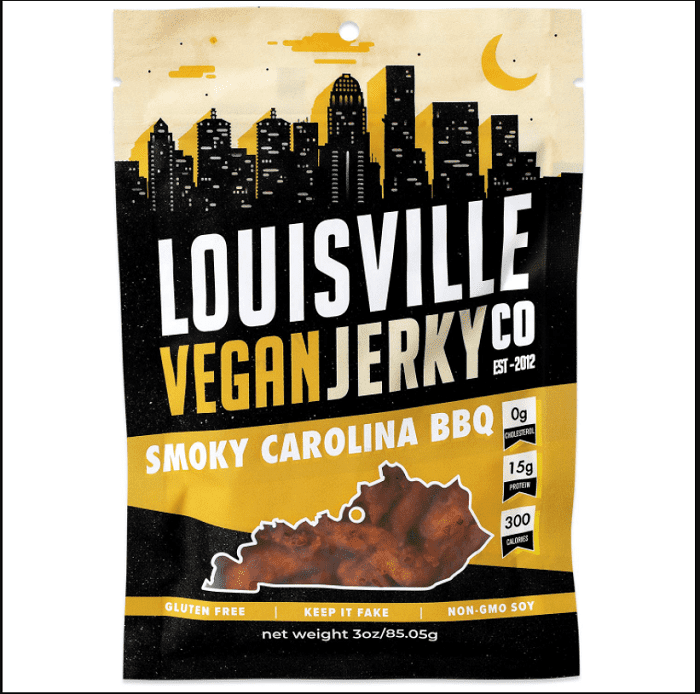 Primal Spirit provides a great variety of sample packs that help you to figure out the perfect jerky and texture for you. The jerky mainly comprises soy, seitan and is available in six different flavors like hot and spicy, Texas and BBQ.

In case you are looking for an authentic and meaty texture, there is no better option than Noble Jerky. This is a soy vegan jerky full of protein and a favorite choice for those who want a close substitute for meat.

Oyster mushrooms are a great meat substitute in Moku Jerky, which is an environmentally conscious brand based on the island of O’ahu. Each pack of Moku jerky has 7 grams of fiber and 4 grams of protein.

Usually, banana jerkies may not contain the same protein punch as other vegan jerkies. Still, it has no added sugars, gives you a kick of potassium, and is fully packed with potent antioxidants. You can opt for coconut jerky or mango jerky as well.

This is a Texas-based company that is known for its unique jerky flavors. It’s Jee Y’all is a dense calorie best vegan jerky that recommends very bold flavors in their sweet and spicy combo of prickly pear chipotle and teriyaki. Jerky Y’all is a socially conscious company as well.

Urban Cowboy claims to be the “Best Plant-Based Jerky Ever,” this is just because they make their best vegan products with the help of artificial intelligence. The company has developed and refined its recipes using AI-assisted technology to create a uniquely meaty texture for the past two years. 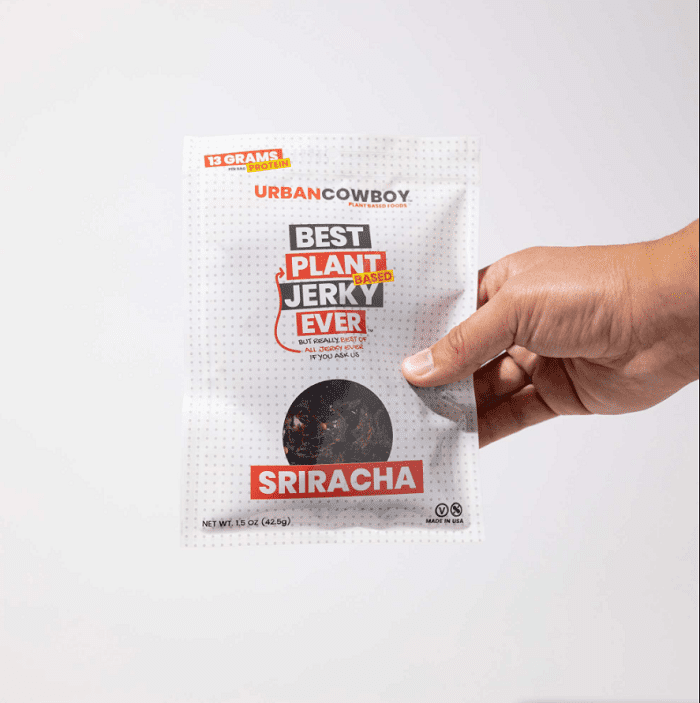 The prime umami flavor of the mushroom base compliments your choice of sriracha, sweet onion teriyaki, and black pepper.

Now, you are ready to go for the healthiest and the tastiest meal of all time. Follow our suggestion and you will thank us later.

Top 5 Beef Liver Pills, and Why Should You Take it?

What is the Best Chlorella Supplement of 2022?