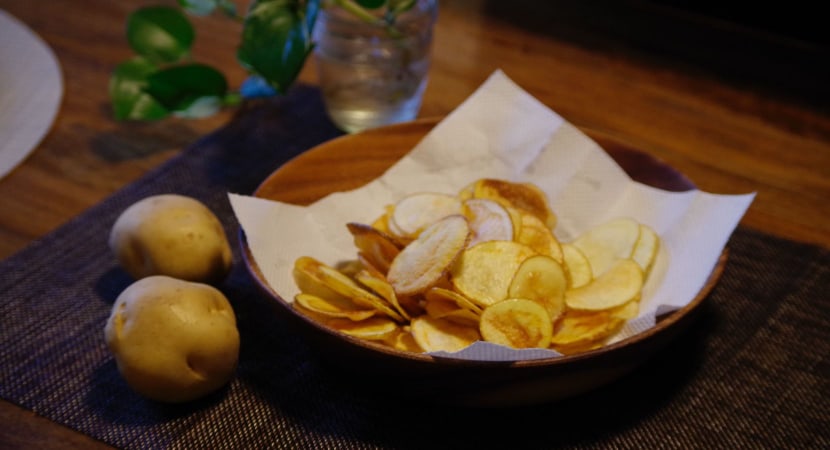 One myth about being vegan is that one has to sacrifice one’s taste buds. Fortunately, it isn’t the case. You can have both tasty and healthy vegan chips. In this article, we will discuss the 8 Best vegan chips that taste good.

There are many popular vegan chips brands that you can try, like Lays, Kettle, Pringles, Taco Bell Tortilla chips, etc. Furthermore, we have included an option for artificial cheese flavor in this article as well. The main question of vegan potato chips lovers, “Are Lays chips vegan?” has also been addressed. We have given a detailed list of the Lays chips vegan flavor below. 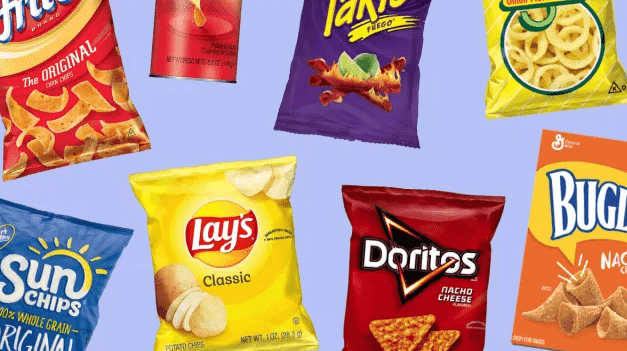 Below are the top suggestions of the Best vegan chips that taste good. Some are accidentally vegan; they are not intentionally vegan, but as they have no animal products, so can be called vegan.

Despite their popularity, many people are unaware that Lays are healthy vegan chips. Various copies of Lay’s chip have been made, but none have succeeded in replicating it.Flakes of light and crunchy texture blend seamlessly with a mouth-melting texture. 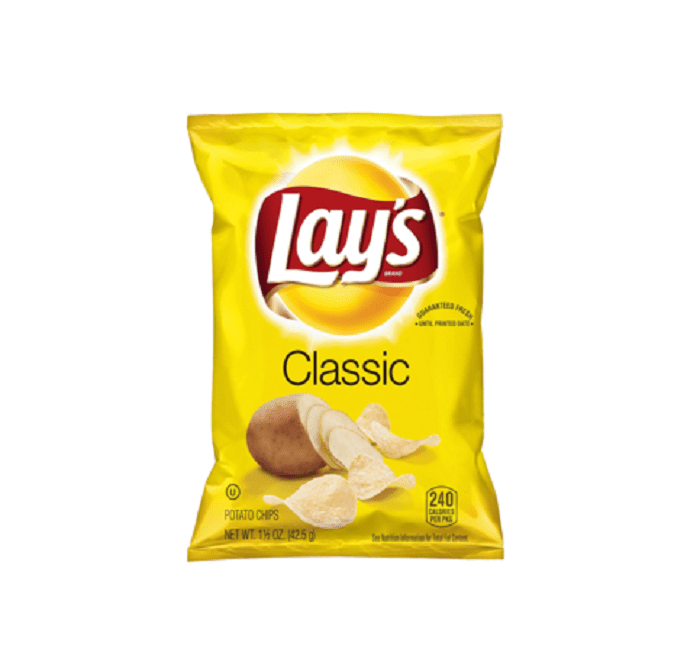 It is a moderately salty and oily snack, so you won’t get sick even if you eat it whole.

There aren’t many vegan chips that are unique, and mainstream flavors are often copied or imitated. But Salsitas Spicy Salsa Tortilla Round is an exception. It combines the aroma of corn with the rich buttery flavor of ripe avocado. It is enjoyable as a single item or doubled up as a dip for homemade tomatoes. Apart from Salsitas Tortilla chips, Taco Bell Tortilla vegan chips are also great. It is a healthy vegan tortilla chips brand. 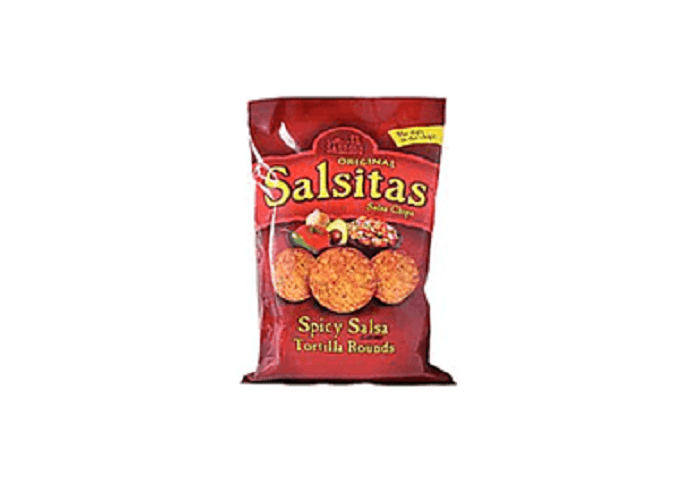 Perfectly seasoned with bold Mexican spices such as onions, garlic, chili pepper, you can enjoy the taste of taco bell.

Kettle chips have a unique crispy texture that is unmatched by any other chip. A simple composition of potatoes, oil, and salt is used, and it has an original sea salt taste.

When taking a bite, it explodes with a crispness that stimulates your brain. The oil and salt are used to make it satisfying and tasty, even with simple preparation. 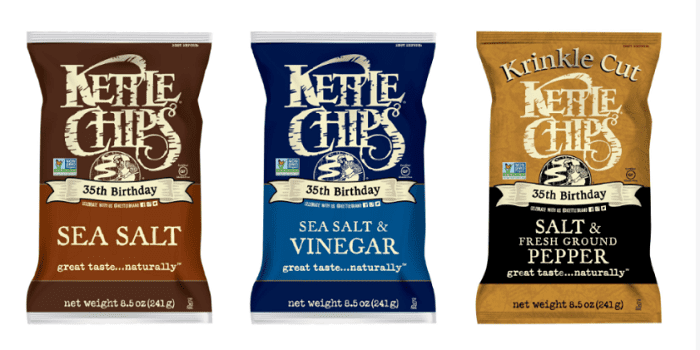 The downside is that it is a lot fattier than other vegan chips, and overeating 2 to 4 chips can make you sick, so please be careful.

Pringles need no introduction. It is advertised at parties and family gatherings with the jingle, “Once you pop it, you can’t stop.”

All of Pringles’ original flavors are organic and completely vegan. However, looking at the composition, potatoes are less than 45%, so they cannot be termed potato chips. 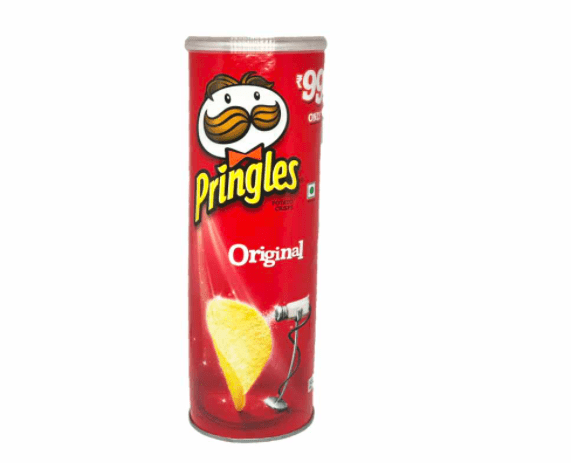 If you’re going to enjoy this chip as a tangy treat for yourself, no other chip comes close to its fresh and crunchy nature.

To me, chili and lime are the ultimate flavor combination.  Sabritones Puffed Wheat snacks represent this flavor through a satisfying taste and texture.

Doritos is also quite punchy in terms of taste. These delicious corn chips have a full-fledged taste that makes the taste buds tingle when you eat a bite. Besides being one of Doritos’ most robust flavors, the sweet and spicy chili flavor is one of the best vegan chips because the ingredients are all plant-based. 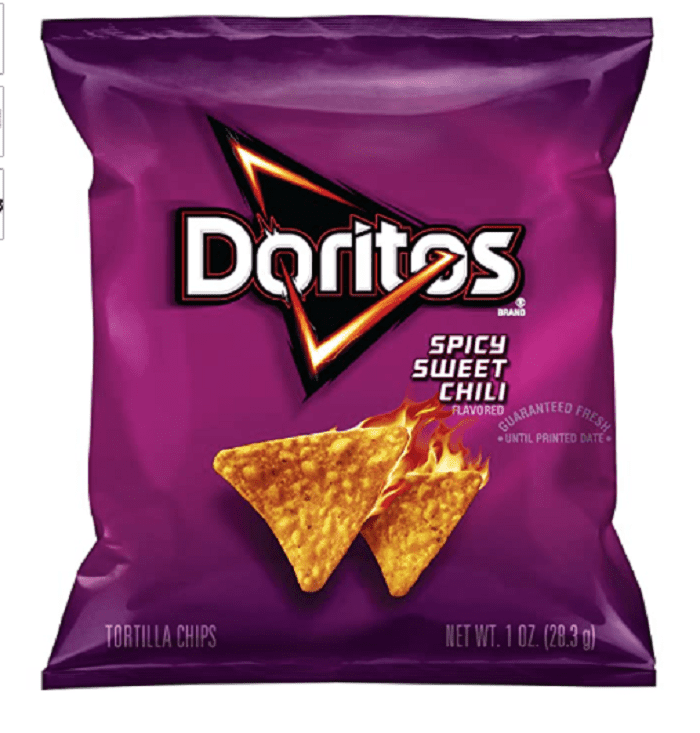 Designed for parties, it has a structure that makes scooping up a large amount of salsa manageable.

Despite being vegan, you don’t have to give up your favorite taste that also includes cheese. Thus, many vegans start craving cheese after becoming vegan. Thanks to artificial cheese flavors, that problem is no longer a concern for vegans. An excellent example is “Plant Snacks Cheddar chips.” 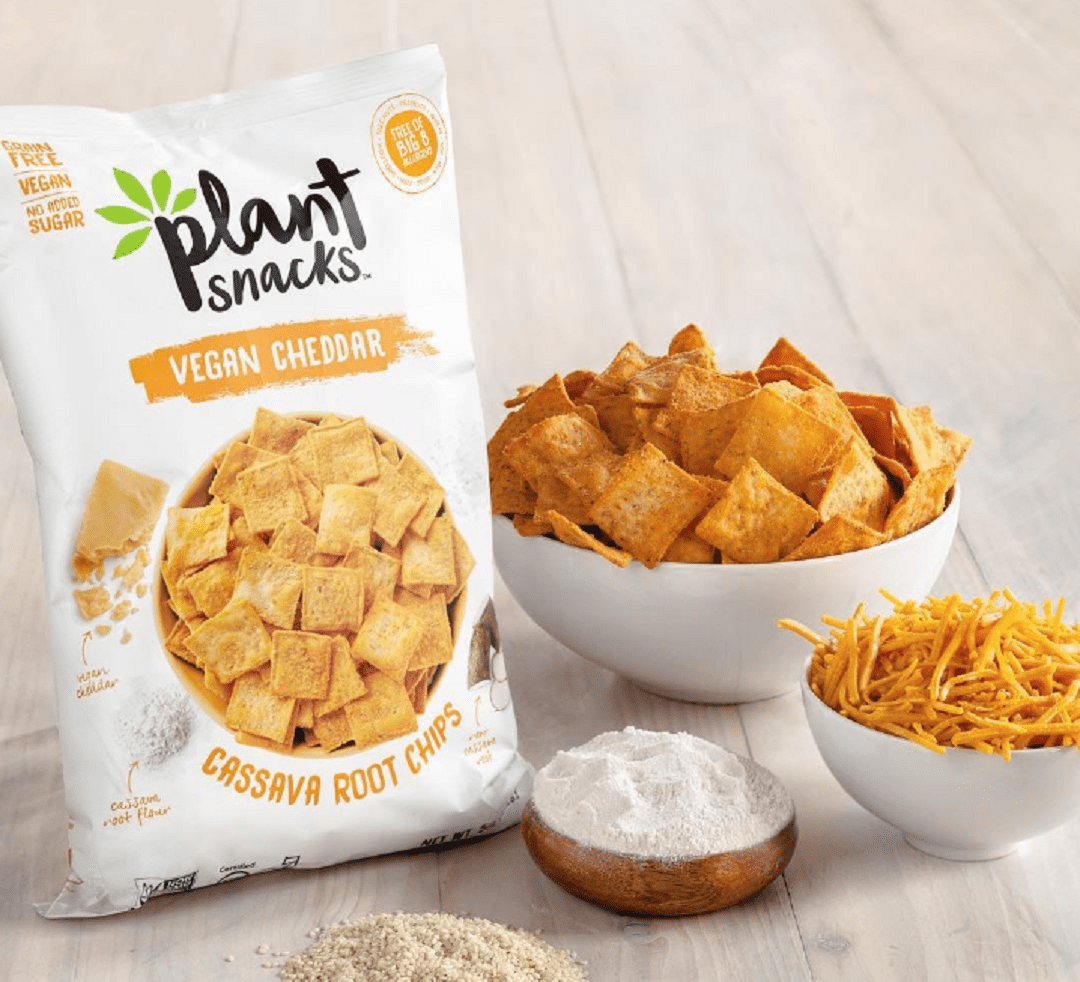 Despite being a very authentic cheddar flavor, it is 100% vegan. When compared to real cheddar chips, you won’t be able to tell the difference.

Ruffles Original and Ruffles All Dressed

A lot of traditional chips brands have vegan varieties. Interestingly, Ruffles Original and Ruffles All Dressed are vegan. 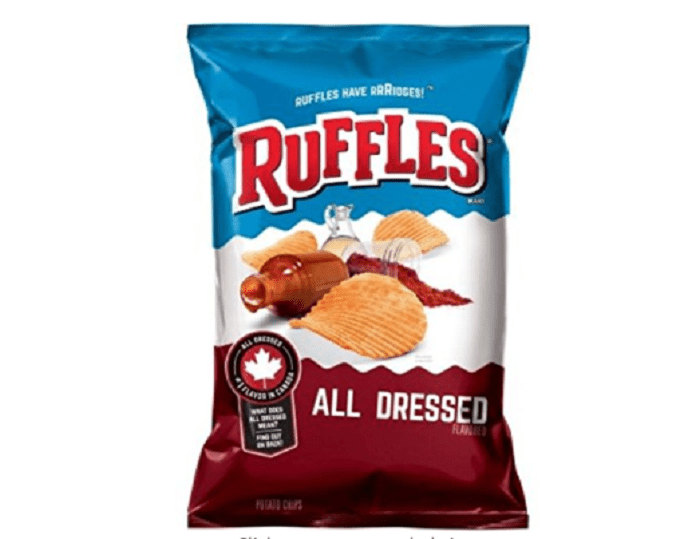 A crunchy texture is what makes it so popular around the world.

Are Lays Chips Vegan and Which Lay Flavors are Vegan?

Lays has been one of the primary potato chips brands globally for decades. It has a staggering share of 33% of the potato chips market.

It’s no wonder that you want to know if this potato chip is vegan because of its popularity among customers.

However, the answer depends on which flavor you buy. Some flavors are vegan, and some use animal products.

Below are some of the list of Lays Vegan Chips Flavours:

So you have seen that being a vegan does not mean sacrificing your taste buds. You can have tasty and healthy vegan chips. There are many top brands to choose from. I hope you find this article on the eight best vegan chips that taste good helpful.