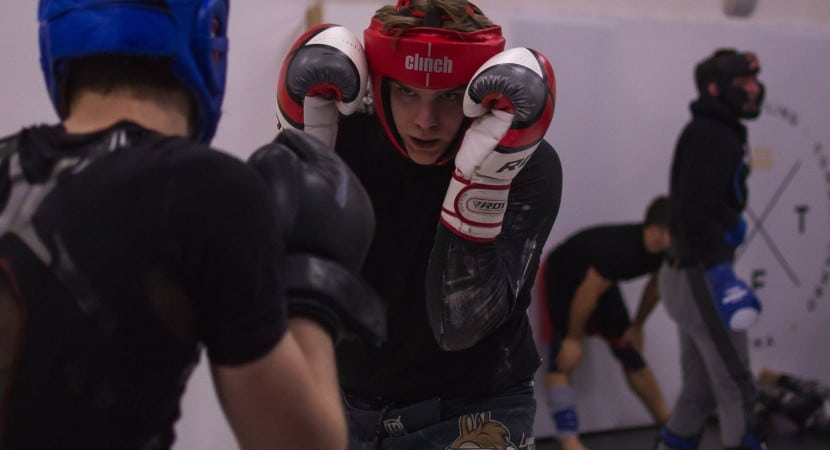 Veganism is becoming more popular among top athletes, ranging from basketball players to tennis players. Many people have claimed improved results, and some have even indicated that persistent ailments have been healed. But what about mixed martial arts (MMA)? It’s crucial to remember that veganism isn’t necessarily synonymous with complete abstinence from animal products. It might be partial, such as when you’re starting.

Some athletes follow the diet for a short time or in a restricted fashion. Some individuals become vegetarians or vegans for religious or ethical reasons, but health benefits are also considered. In addition to eliminating meat, a vegan diet also excludes dairy and eggs, which can significantly change some individuals. It’s critical to strike a healthy balance, especially with vitamin B12, Vitamin B7 with few vegan sources such as plant milk and soy. Here are some of the finest vegan MMA fighters who have followed in their footsteps.

These are the top fighters:

A well-known MMA fighter who has been a vegan for a long time was introduced to the lifestyle by his brother Nick Diaz. His brother, former UFC fighter Nick Diaz, who is generally regarded as a sports pioneer, was the one who introduced him to his health-conscious way of living. Like so many other things in Nate’s life, one of the greatest Vegan Mma Fighters, Nick encouraged him to adopt a vegan diet.

Isn’t it astonishing that one of the strongest fighters in the UFC doesn’t eat meat in an age when most of the fighters are too reliant on beef? Nate adopted to be a vegan and refused to eat any dairy poultry items when he was just 18. Read this article to know how  vegan creatine helps our muscles produce energy during heavy lifting and high-intensity exercises. 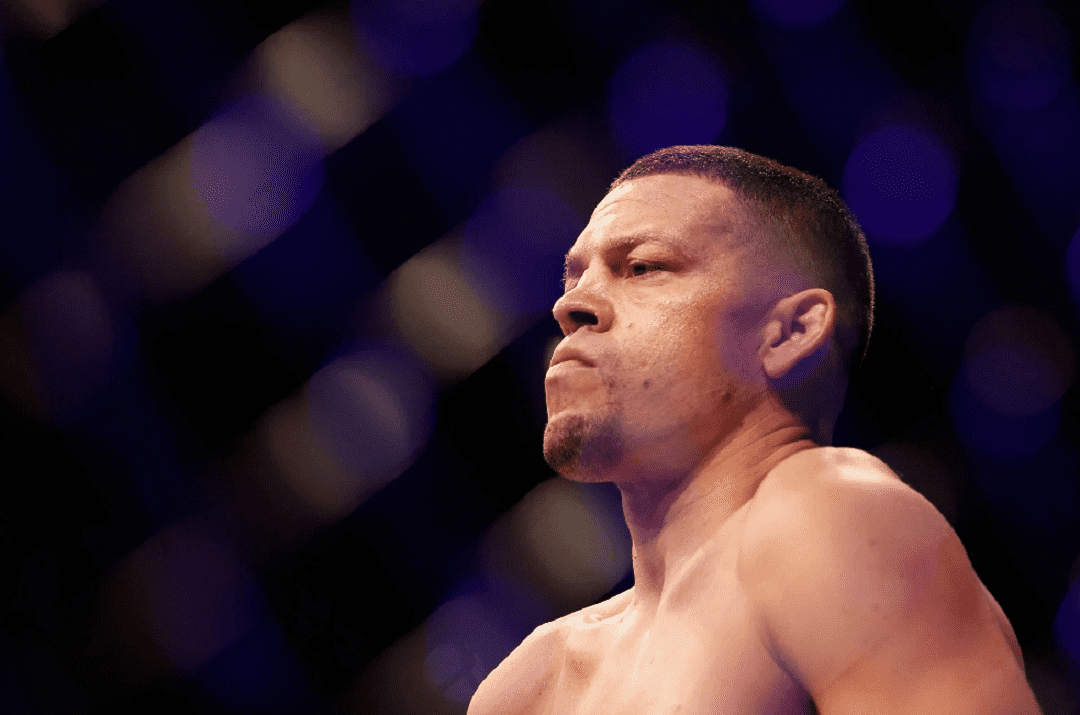 Diaz would avoid all animal products to lose weight before the bout, while his brother Nick’s purpose was solely health-related. Diaz followed Nick’s lead, motivated by his track record of victory. He eats primarily plant-based meals, and sometimes he likes to consume eggs and fish. Before the period, he ate a vegan diet, but it was pretty complicated. However, he enjoyed himself with cheese and other delicacies, but he also felt uneasy due to this.

A UFC fighter who has followed a plant-based diet for most of his life is a fervent PETA supporter. The fighter is a lifelong vegetarian, has proven that he can outperform meat-eaters in any situation. He has always come out on top after fighting with the toughest fighters. He began wrestling at the age of nine, and one of his most memorable achievements was winning 15 consecutive fights. 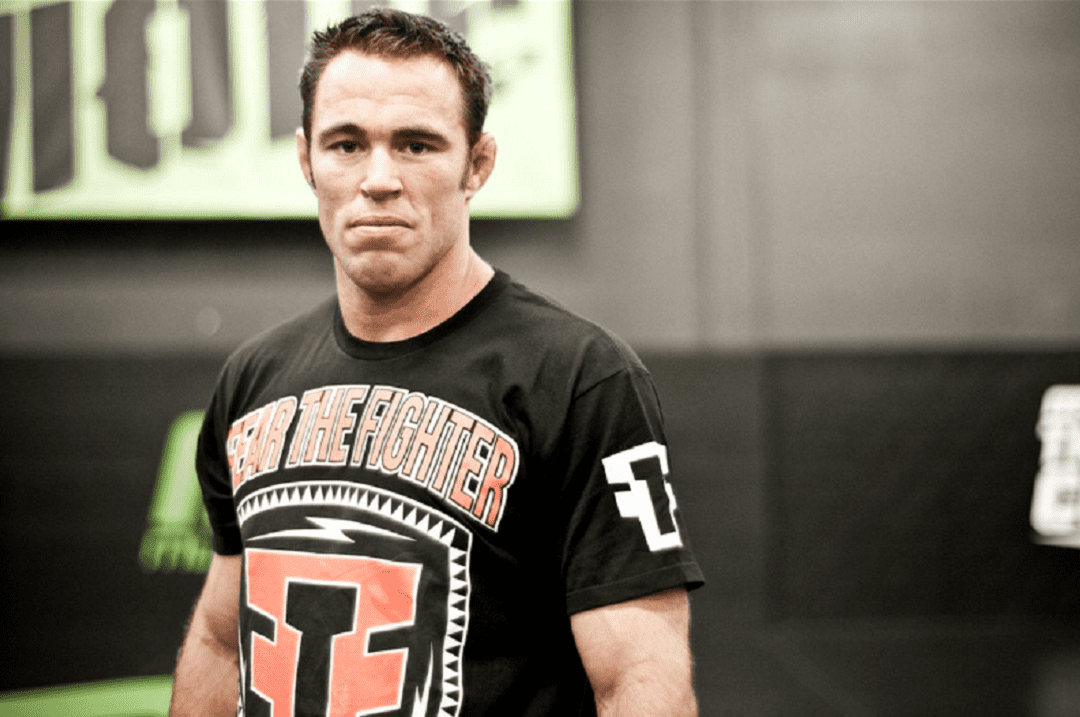 Shields has set the standard for vegetarians in MMA, having lived his entire life without eating meat. He is a living example of what vegans can do in the world of combat sports.

See Also: Casein Protein Before Bed [Does It Help?]

Had been a vegetarian for ten years. Her arms were damaged after Sarah Moras’ submission, and she was a new lady following this switch who was one of the strongest Vegan MMA Fighters. Evans-Smith claims that her new diet caused her to lose weight, which led her teammates to believe that she would lose weight. She wasn’t doing so well in the 135-pound women’s bantamweight class, so she switched to the women’s flyweight division with her new diet. 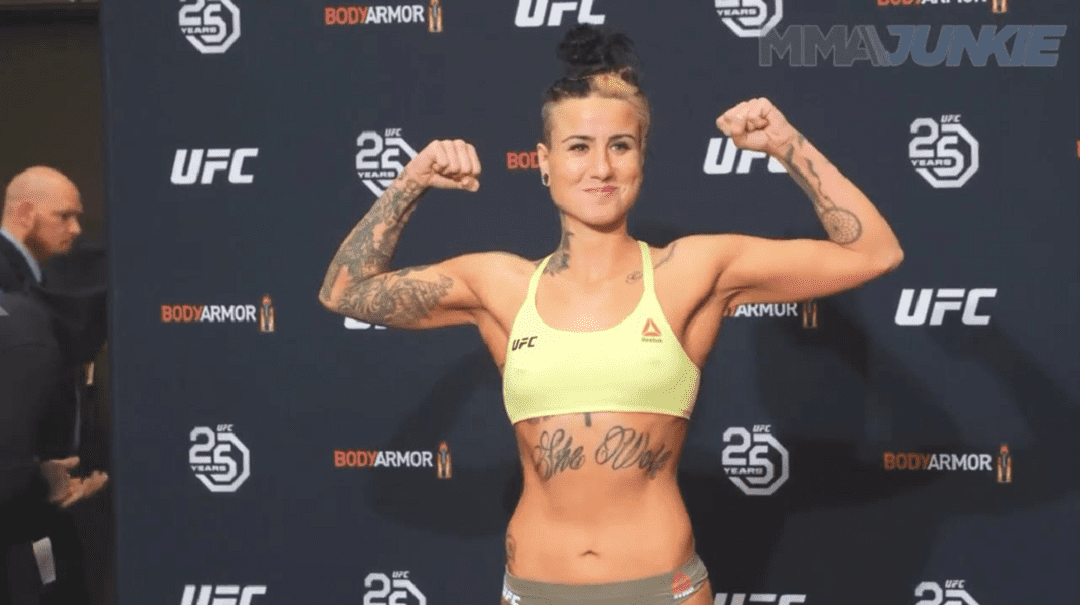 She won her first bout in her new class but lost the following one. Ashlee now has a 6-4 record.

Who is called Fuel of the Fighter, became a vegan in 2004? Due to his ethical concerns about the abuse of animals, he decided to accept the vegan lifestyle. He’d join the UFC four years later and have a primarily uneventful career. He is still fighting, but not in the UFC, at the age of 40. His current record is 22-12. Danzig likes vegan energy bars, according to the UFC. 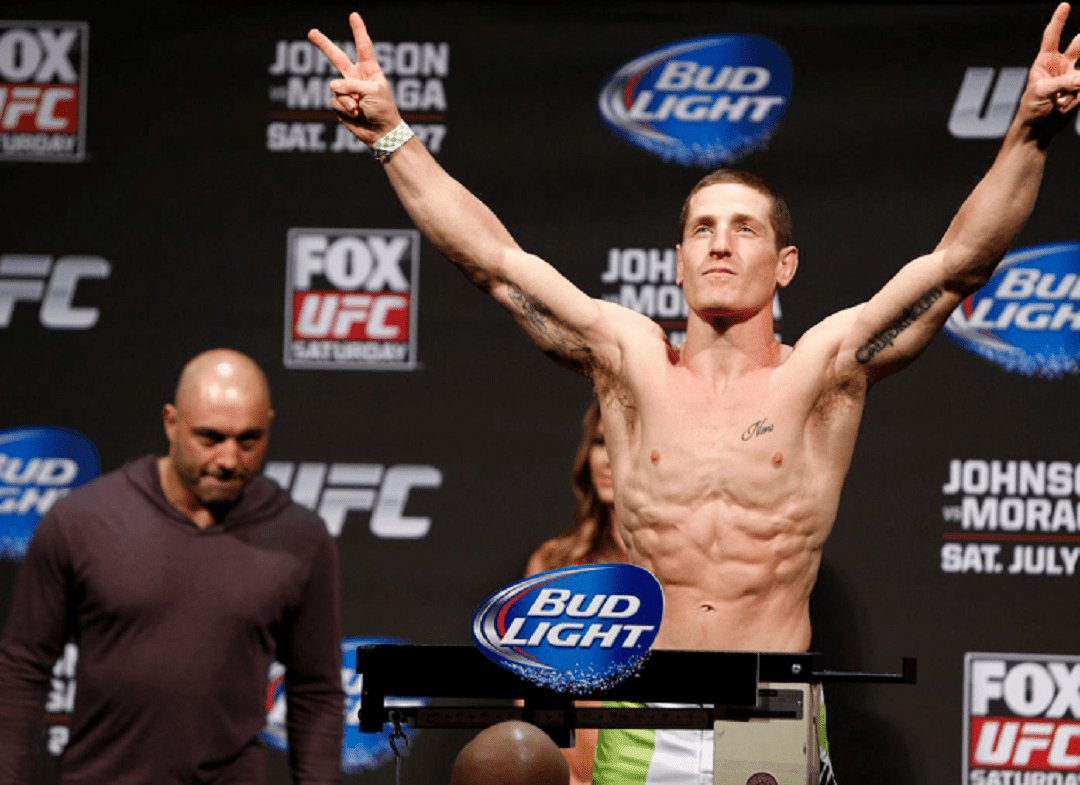 Additionally, he enjoys coconut milk, avocados, and curries. After working out, he mixes himself a vegan protein smoothie consisting of mangos, a banana, coconut, and cashews for the protein. Even though sugar is vegan, Danzig claims to avoid eating manufactured sugar.

Like the Weight limitations in boxing and MMA are tough to manage since being an ounce heavier than you should result in a penalty. Like other top athletes, they must stick to a rigorous diet to avoid gaining too much weight. When he’s prepping for a battle, he’s can only consume healthy, low-calorie meals.

This generally consists of fruits and vegetables such as cucumbers and a bit of quantity of lean meat. He’ can only consume starchy meals once a week, such as bread, rice, or tortillas. 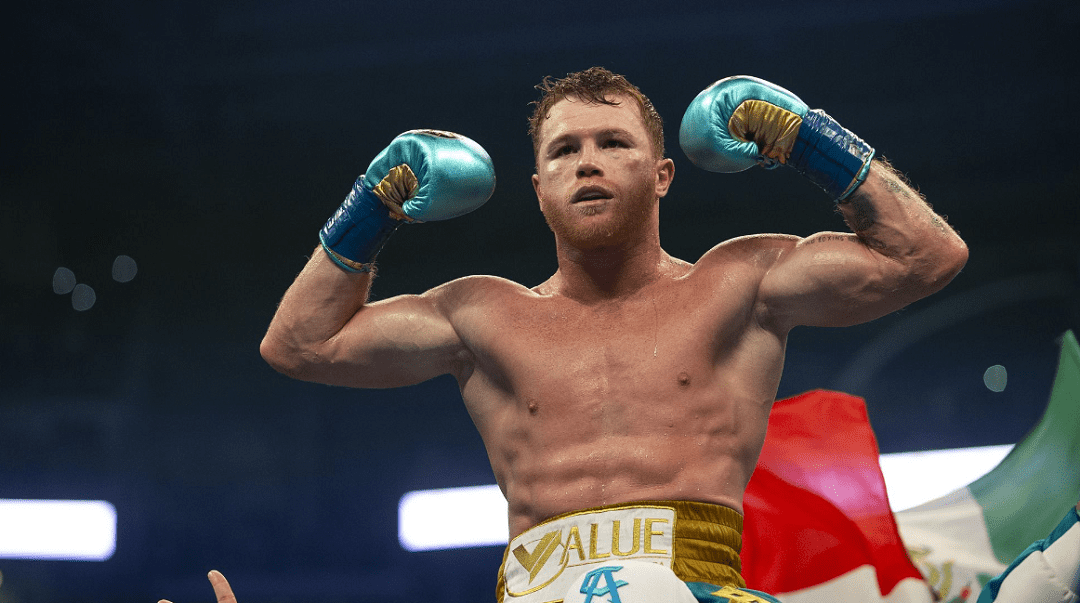 In an interview with a website, Alvarez said that he enjoys sushi and tacos after each fight.

Finally, we would like to end with another famous fighter, David Haye, “The Hayemaker.” Following a rough time of injuries that nearly forced him out of the ring forever. Haye switched to a vegan diet towards the end of 2014. Haye returned to the ring in 2016 after a complete routine overhaul and a mental shift. 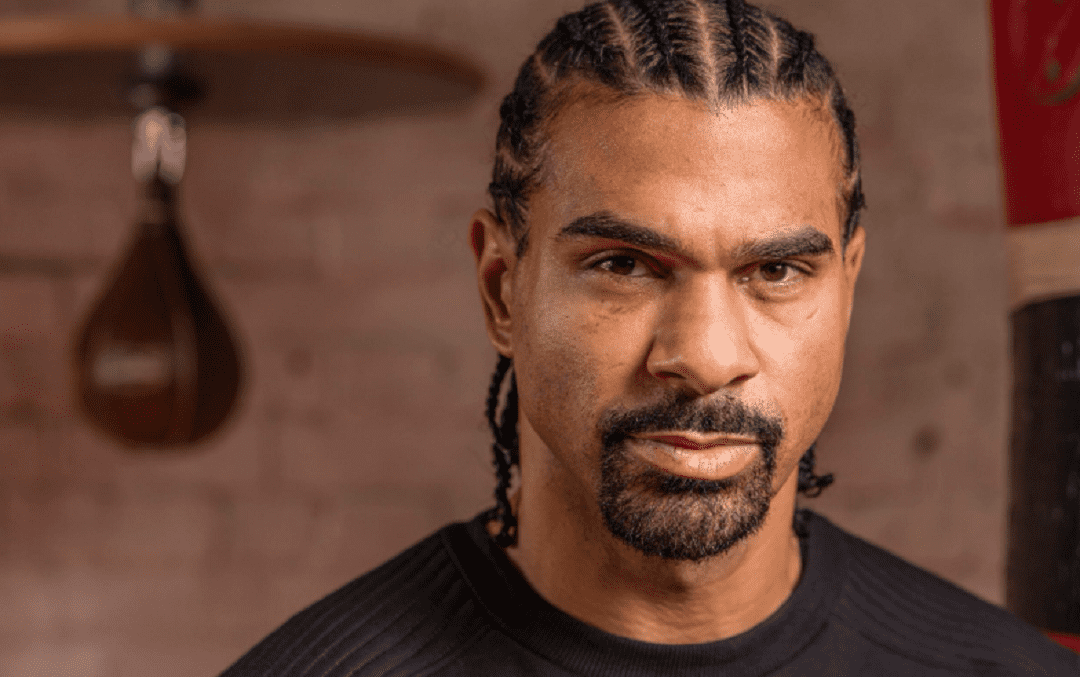 A completely plant-powered Haye knocked out his opponent Mark de Mori in 113 seconds after a three-and-a-half-year layoff and at his highest weight ever.

Many sportspersons have changed their meat lifestyle to a vegan one. We mentioned above 6 vegan MMA fighter who is vegan and the world embraces them for their veganism. These will become your inspiration and their journeys are remarkable.

See Also: Best Vegan Cereal Brands You Must Try In 2022

Do Fat Burners Work, Or Is It Just A Big Scam?

Night Shred Review: Should You Try It?