The Aztecs was a Mesoamerican culture that existed from 1300 to 1521 BC. The word ‘Aztec’ in the ancient language of Nahuatl means “Person from Aztlan”. Aztlan is the semi-mythical homeland of a group of Mesoamerican people known as the Nahua, who migrated into the Valley of Mexico and other areas of the Central Mexican plateau from up north, supposedly from Aztlan.

They had a vast empire that was mainly established through military conquests and those tributes imposed upon them. Ancient Aztec Nutrition is known to form large pieces of land and consume foods such as beans, maize, and even chocolate. They were known to use cocoa beans as currency.

Between c. 1345 until 1521 CE, the Aztec civilization flourished in central Mexico. The society provided an astonishingly extensive agricultural output thanks to a mix of weather advantages, various artificial irrigation systems, and extensive farming know-how. 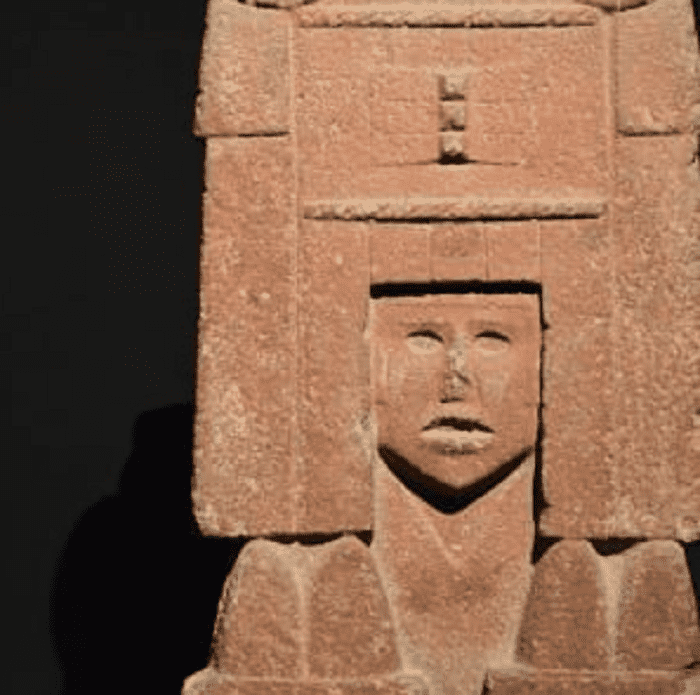 Thanks to their agricultural prowess, the Aztecs had one of the most diverse cuisines in the ancient world.

See also: Neuriva Review – Why Is It Popular?

Food: What and how did the Aztec Eat?

Domesticated animals were limited to dogs, turkeys, ducks, and honey bees, so fruit and vegetables dominated the Aztec diet. Most dishes were boiled or grilled without oils or fats, and more flavor was imparted using condiments, as the Aztecs liked their sauces and spice. Epazote, roasted avocado leaves, achiote seeds, and, of course, fresh, dried, or smoked chile peppers are all examples. 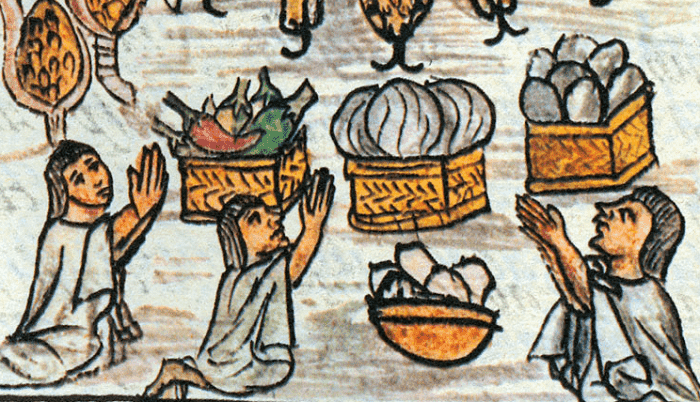 Vanilla and chocolate were the Aztecs’ other two favorite flavors.

They harvested potatoes and chilies and squash pumpkins and councils, which are a type of shellfish. The Aztecs were primarily vegetarian, except for insects such as grasshoppers, ants, and other bugs and insects. They used to hunt certain animals such as axolotls, green iguanas, and wildfowl.

Chiles were also, surprisingly, a prominent part of Aztec cooking. The Aztecs had knowledge about hydration and utilization of the chili to their fullest potential by grinding them after drying and sorting them by their flavors. 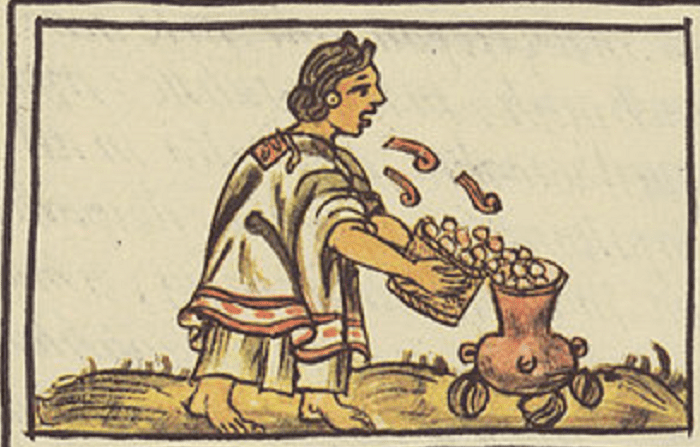 However, maize was notably the most critical aspect of the Aztec diet, a prevalent part in almost every meal and by every class.

There were also various kinds of maize or corn farmed during this time, with some being red, or yellow, multicolored, or even possessing stripes. The method to make maize more nutritionally complex and easier to grind was an example of Aztec’s advancement. This method was “nixtamalization,” which was basically drying the maize, then soaking and cooking the rehydrated maize in an alkaline solution, such as limewater.

It increased the concentration of several nutrients within the maize, such as Riboflavin, zinc, iron, calcium, and copper. The name of this species of maize is “ātōlli”. It had the seasoning of several spices, including but not limited to chili, chia seeds, honey, salt, and tomatoes. This also caused the Aztecs to have a remarkably well-rounded diet, especially considering their period. 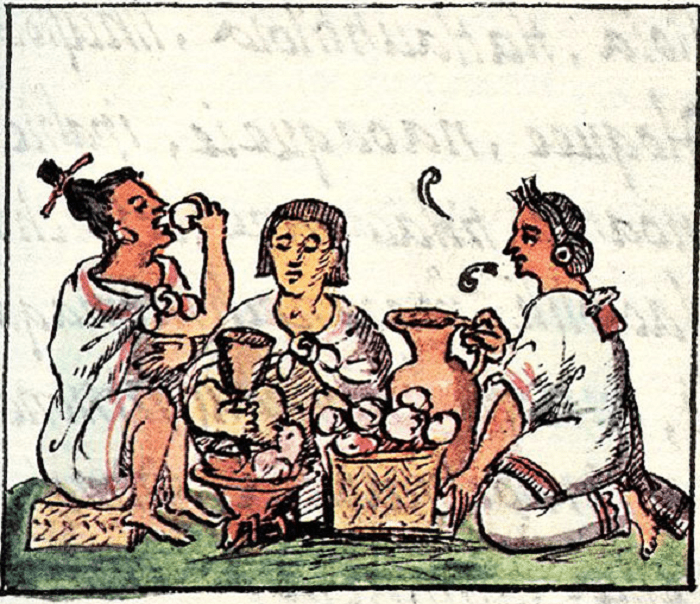 Another vital source of protein for the Aztecs was beans. They boil it over time to soften them. This method has stuck by and stood through the test of time. we still prepare beans this way.

Surprisingly, another vital ingredient during the Aztec period was the existence of tortillas, tamales, and casseroles. These recipes were a part of the Toltecs and Olmecs, who were part of an even more ancient culture in Mexico. Tortillas were named “Tlaxcalli” in those times, and the tamales they fill it with the meat of such animals as turkeys, pocket gophers, rabbits, flamingos, and frogs.

A typical Aztec meal is whatever they can locally find and is primarily plant-based. They cooked over an open fire and grilled or boiled their food without using fats and oils, making it healthier for consumption. They also enjoyed cacao beans, which were in the form of a hot or cold caffeinated drink. These cacao beans had high value and were even a form of currency for the Aztecs. 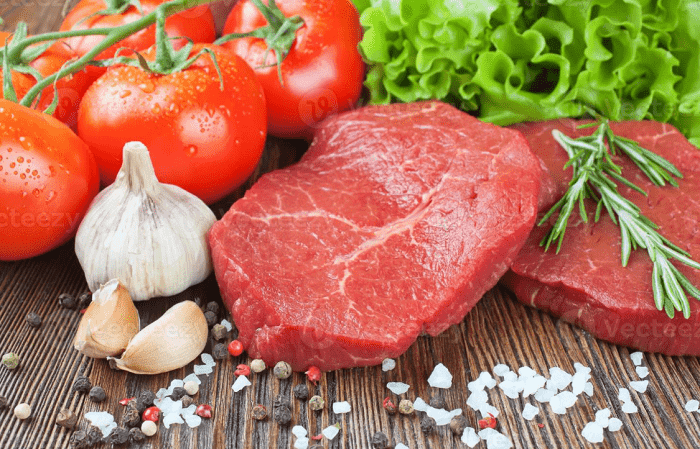 Another astonishing discovery about Aztecs reveals that they consume popcorn, but it was mainly for decorative purposes, to adorn their gods and goddesses. They also used algae as a gelatinous agent to make a dessert similar to what we know today as cheesecake. They consume mainly guavas, papayas, and Zapotec.

Vegetables such as chili peppers, tomatoes, avocados, and sweet potatoes were vital parts well. They had access to many herbs and spices, such as garlic vines, canella or white cinnamon, vanilla made of orchids, allspice, and leaves from avocado trees.

The Aztec diet has characteristics of a wide variety of peppers with different flavors and spiciness. Chile is an essential source of vitamins A and C and also acts as a spice and stimulant. Pumpkins and gourds (containers) were the third most important crops. Huautli (Amaranth) was the second-highest protein cereal after corn.

The Aztecs cultivated various types of onions and red tomatoes, Xitomatl and green tomatoes, and tomatoes. Sweet potatoes and ducks were important root crops. Jicama along with other ingredients in a variety of dishes. Peanuts and popcorn were other essential elements of the diet. 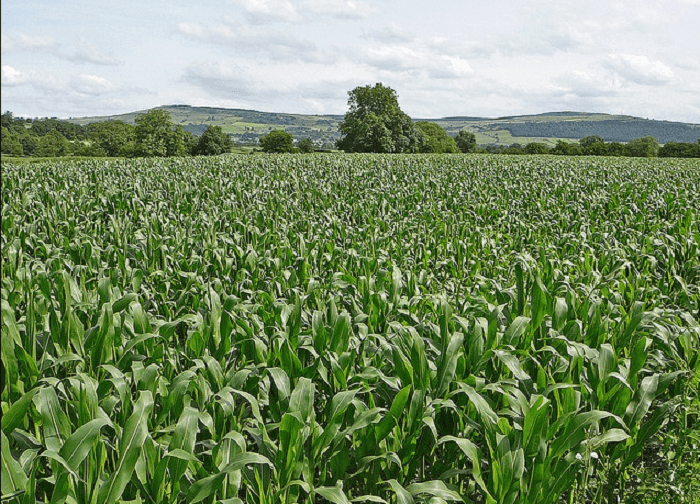 The Aztecs chewed chicle, bitumen, and other natural chewing gum to clean their teeth. Pumpkin seeds and other fruits such as mamey sapote, black and white sapote, chili moya, guava, and custard apples come under use. Other vital vegetables were:

Vanilla from some orchid pods was one of the most valuable flavors. Grinding roasted cocoa beans, sometimes with dried corn, and then mixing the powder with water; then whipped with a wooden whisk and seasoned with vanilla orchid pods or sweetened with honey is what makes a chocolate. These fermented juices became pulque, and the roasted leaves became sweet like candy. Like tea and coffee, this drink is rich in caffeine and was highly regarded in ancient Mesoamerica.

The Aztec diet’s high reliance on corn and other vegetables may have left the typical citizen deficient in dietary fats, but no major macro- or micronutrient deficits are apparent. 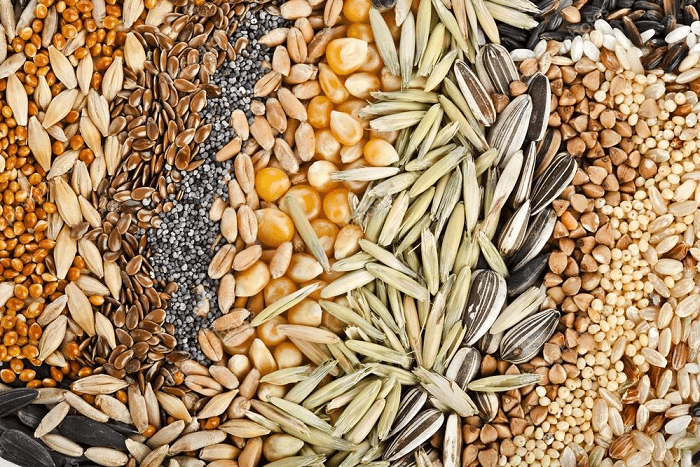 A well-rounded diet would have included a lot of vegetables (including maize), moderate fruit, grain, and insect-eating, and moderate meat consumption. With these considerations in mind, the average Aztec citizen’s diet would have consisted of 50-65 percent carbohydrates, 25-35 percent protein, and 10-25 percent fats.

We’d all like to believe that our modern cuisine is superior to that of ancient cultures, but this is unlikely in the case of the Aztecs. By eating the wholesome, delicious foods that once nourished the ancient Aztecs, you may lose weight quickly, increase energy, and improve general well-being with this high protein, low-fat diet that incorporates the mystical chia seed as its cornerstone.

A superfood called chia was essential to their high-protein, low-fat diet. In just 70 calories, these incredible tiny seeds provide eight times the omega-3s of salmon, six times the calcium of milk, and three times the iron of spinach. Additionally, their diet included food in its raw form.

It is noteworthy that experts suggest that you should try to intake the majority of your food in its natural state, without cooking. This is because the nutritional value is the highest in the raw form, and it is straightforward to digest it. 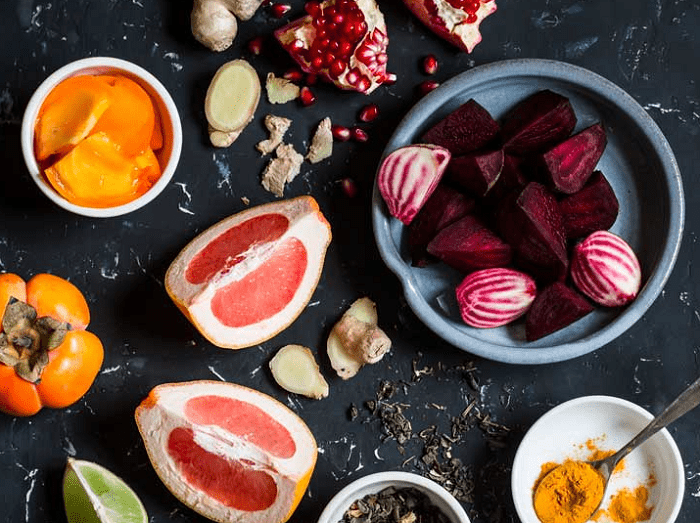 Another inspiring habit of Aztec Nutrition is that most Aztecs ate twice a day. First after a few hours of morning work and then at about 3 p.m., at the warmest hour of the day. It is a lesser-known fact that the timing of your diet can highly impact your weight loss/gain regime. We advice that one must take their last meal before sunset and not eat anything post-sunset. This strategy of the Aztecs has taken the form of ‘intermittent fasting.

It is a process that comprises alternating cycles of fasting and eating. Ultimately, being an ancient civilization, Aztec nutrition teaches us a lot. There are pros and cons of each nutritional diet, so we can adopt the best traits of the Aztec nutritional plan and strive to be more healthy fitter, and more energetic!

In conclusion, Ancient Aztec Nutrition provided to its followers a low fat, high protein result. Their modifications to simple forms of protein such as beans and maize resulted in a nutrient-dense end product. Ancient Aztec Nutrition inherits plant-based, with plentiful consumption of fruits and vegetables and the occasional meat-based meal.

They enjoyed complex flavors such as cacao and vanilla, with baseline foods as squash, sweet potatoes, and avocados. They created ancient dishes that have impacted and remained in Mexican and global culture to this day. With the rising prevalence of foods such as Tacos, tortillas, and tamales, which all originated in the Aztec period. All in all, the Aztec diet balances nature.

Dr. Karen Gill is an ABMS board certified pediatrician whose expertise includes breastfeeding, nutrition, obesity prevention, and childhood sleep and behavior issues. She currently lives and practices in Portland, Oregon, where she also volunteers for CASA for Children and the Red Cross.